Effective March 30, 2020, ownership and control of the PIEVC Program has been transferred to a partnership consisting of the Institute for Catastrophic Loss Reduction (ICLR), the Climate Risk Institute (CRI) and Deutsche Gesellschaft für Internationale Zusammenarbeit (GIZ) GmbH. Please direct all inquiries regarding the PIEVC Protocol and associated programs to pievc@iclr.org.

In recent years, the issue of flooding has increasingly become a major concern in the City of Windsor. Extreme rainfall events in 2016 and 2017 each caused significant flooding of local roads, homes, and businesses – with thousands of reports of flooding received by the City as a result of each event. In response, the Mayor initiated an 8-Point Plan in September 2017, aimed at addressing flooding problems in the City of Windsor. This plan included several measures aimed at upgrading the City’s sewer system and mitigating the risk of basement flooding. 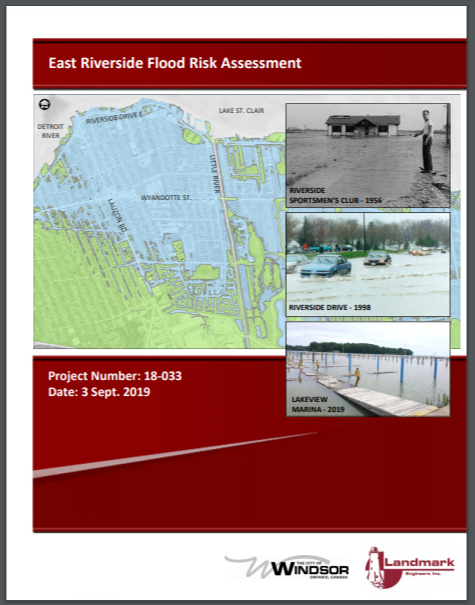